The town of Vevey will host the Winegrowers' Festival from 18 July to 11 August 2019. Included on UNESCO's List of Intangible Cultural Heritage, the event pays tribute to the winemakers, artisans and artists of the Lavaux region.

Winemaking is based as firmly on tradition as on innovation. A growing number of winegrowers, for example, are turning to a new working tool that allows them to spray vineyards in a precise, practical and environmentally friendly way.

From a distance, they look like six-legged insects, and up close like the sophisticated machines they are. Crop-spraying drones can now be seen flying above Swiss vineyards. Two years ago, Valais-based AgroFly was the first company in Europe to obtain an official authorisation to use drones to spray plant protection products. Today, five Swiss companies have permits to use vineyard drones.

The first prototypes were tested on vineyards in Valais in 2016. In 2017, AgroFly obtained approval from the Federal Office of Civil Aviation, the Federal Office of the Environment and Agroscope, Switzerland's centre of excellence for agricultural research, to market this new tool. AgroFly's drone is made of carbon fibre and aluminium, has six arms and six propellers with a wingspan of about two metres, weighs about 40 kilos including payload, and is fitted with a highly accurate spraying system. It takes about a week to assemble and is specifically designed to meet the demand and needs of the agricultural sector. "This drone can operate in all kinds of difficult-to-access areas which tractors, tracked vehicles or helicopters cannot reach. Analyses carried out on the ground show that 85–100% of the product sprayed by drones reaches the targeted plants, compared to only 30–40% when spraying by helicopter," explains AgroFly CEO Didier Berset. The drone's accuracy not only allows farmers to use fewer plant protection products, but also to avoid spray drift on roads, waterways or other areas. 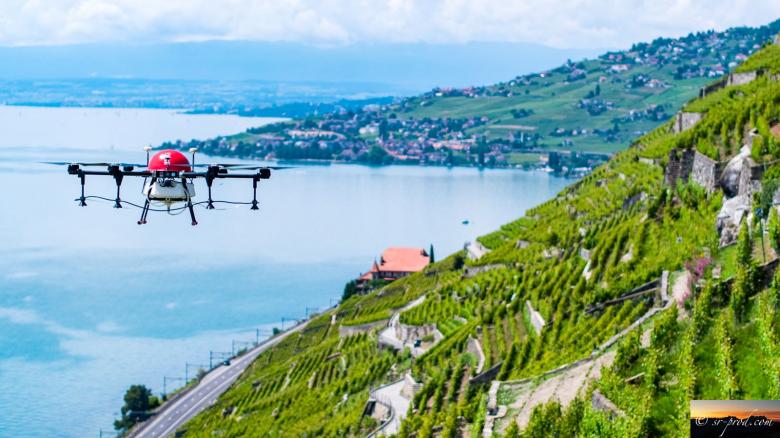 Flying 1.5 metres above the ground, the drone follows a row of vines, stops and moves to the next row. It can fly for 20 minutes on a single battery charge spraying a precise area programmed by an engineer. Jean-Philippe Burdet, head of research and development at the Changins School of Viticulture and Oenology, explains: "We are constantly improving the drone's reliability and performance, and making it easier to operate. The drone works." Nevertheless, further improvements in spraying accuracy are needed: "It's still a new technology that has much potential for improvement."

"It's a promising tool both for the people working in the winegrowing industry and for the environment," says Pierre-Henri Dubuis, a plant disease specialist at Agroscope. "The drone greatly reduces vineyard workers' exposure to plant protection products because it is remotely operated and its spray tank is filled in a protected area. Its accuracy and low amount of spray drift also make it environmentally friendly." The ability to handle plant protection products remotely in a more environmentally friendly way is the drone's biggest selling point for winegrowers. "No longer having to come into direct contact with plant protection products is a big advantage for our health. And drones don't make much noise, which allows us to work near residential areas without inconveniencing the people who live there." For the time being, drones are an additional technology used alongside vineyard tractors, which remain the primary working tool in easily accessible areas. Nevertheless, Jean-Philippe Burdet thinks that by 2025 to 2030, drones could replace helicopters in vineyards with a relatively low level of mechanisation. 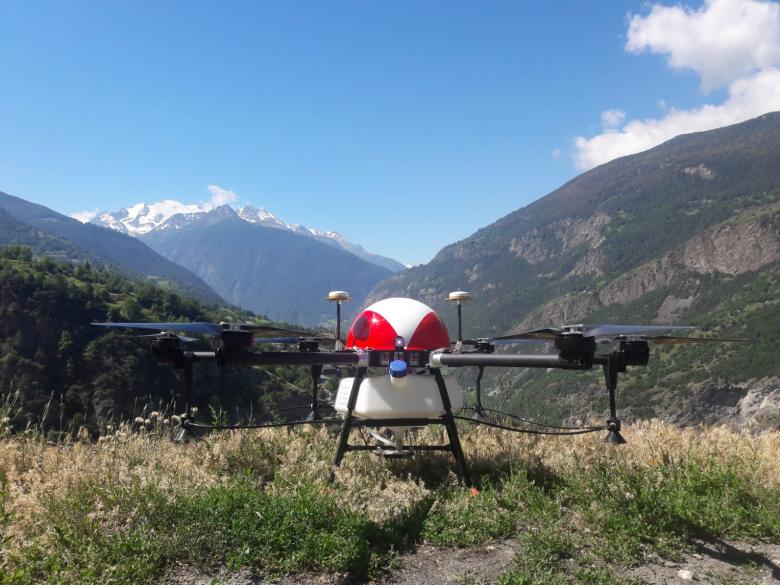 Switzerland at the forefront in European innovation

The Valais-based company AgroFly was the first in Europe to obtain authorisation to use vineyard drones. Switzerland was also a pioneer in the development of a regulatory framework. It quickly established a procedure enabling the widespread use of vineyard drones in the country and introduced a simplified authorisation procedure in March 2019. "With this new procedure, the minimum safety distance for vineyard drones is smaller than that required for helicopters, and there is no need for experts to check that the minimum distance is being adhered to," explains Nathanaël Apter of the Federal Office of Civil Aviation. This carefully designed legal framework, which is unique in Europe, is gaining in recognition. Two companies in the French-speaking part of Switzerland and three in the German-speaking part of the country are currently authorised to use vineyard drones in Switzerland. The Federal Office of Civil Aviation expects this number to increase significantly in the coming months. 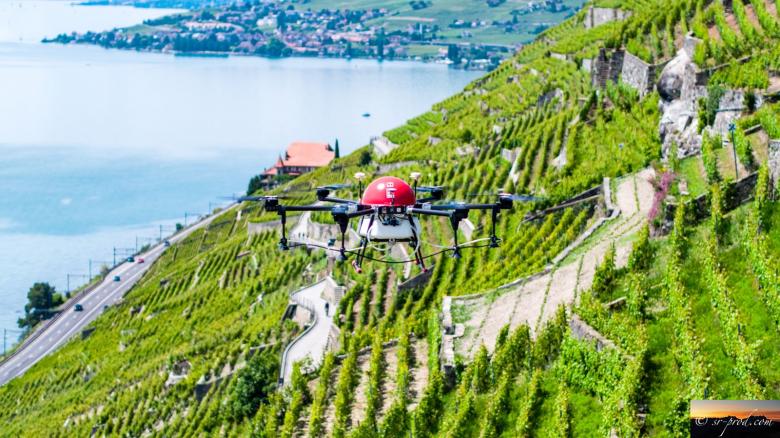 Salt – the raw material from the Swiss Alps

Can Swiss design save the planet?