The Swiss entrepreneur and philanthropist who wants to save the planet

Hansjörg Wyss's announcement to donate USD 1 billion to conservation projects caused a sensation. Portrait of a discreet man from Bern who made his fortune in the United States.

Swiss entrepreneur and businessman Hansjörg Wyss is above all a philanthropist, in the fields of environmental protection and science. Not content with being one of the richest men in the world with an estimated fortune of USD 6 billion in 2021 according to Forbes, he is also one of the most generous. A look back at the life of a private donor committed to saving the planet.

Born in Bern in 1935, nothing predestined Hansjörg Wyss to become rich and successful and one of the world's leading philanthropists. At the time, the family still fetched coal from the cellar to heat their home and would eat lunch together to the sound of the news broadcast on the radio. The elder brother is described as being brimming with energy: an experienced skier, he even covered the 1964 Winter Olympics in Innsbruck for the Neue Zürcher Zeitung. His father taught him about nature on walks along the Aare, the river that runs through Bern. But according to his sister, it was the beauty of landscapes that moved him. Wyss is a man with an unrelenting passion, with an unusual degree of discipline and determination to do well.

He completed his studies at Harvard Business School, then worked in the textile industry and for car manufacturer Chrysler. As a side-business he sold aircraft and it was while doing this that he met one of the founders of the Synthes company – makers of precision medical equipment – which he joined in the 1970s. He went on to set up the US branch of the group before taking over and finally selling it in 2012, making billions of dollars in the process. 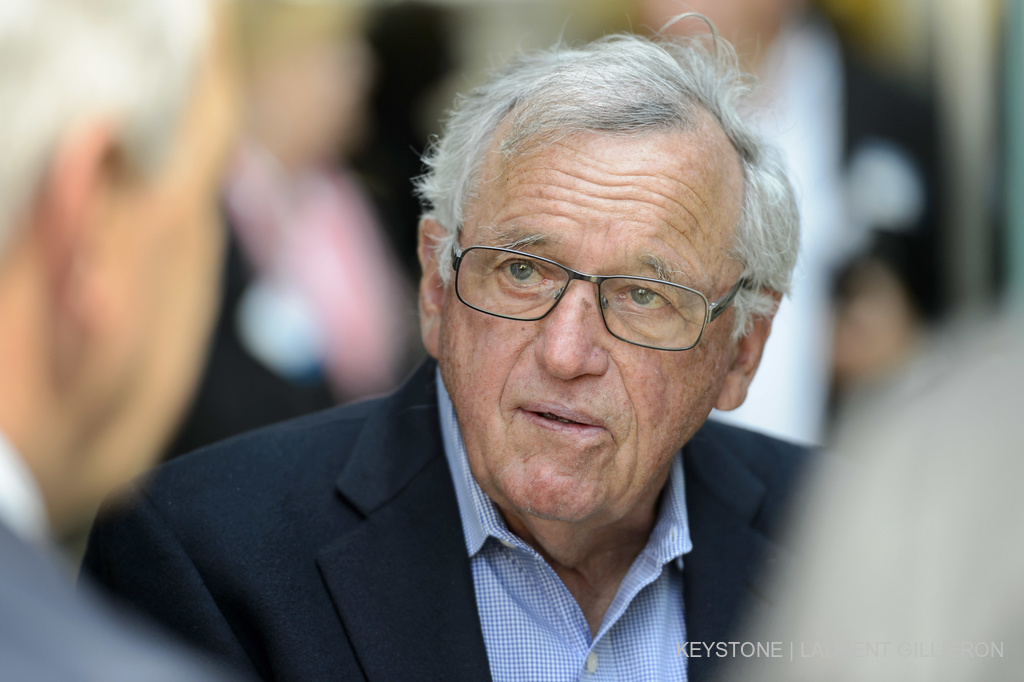 Fascinated by the American West

His work led to the creation of the Wyss Institute for Biologically Inspired Engineering at Harvard University in 2009 and he established the Wyss Foundation, which aims to preserve natural environments. In 20 years, the Wyss Foundation has already donated USD 450 million and enabled the conservation of 16 million hectares throughout the world, working closely with local partners. His love of the great outdoors was inspired by his first visit to the United States in 1958. As a student, he had a summer job as a surveyor in Colorado. From that moment on he remained fascinated by the American West. Wyoming, where his daughter and grandchildren live, would become his main residence, although he owns a house in Prangins (VD), a chalet in Lauenen near Gstaad (BE) and a vineyard in California.

Wyss is one of the richest people on the planet, but also one of the most generous. He is a signatory to The Giving Pledge, a campaign by Warren Buffett and Bill Gates to encourage the world's rich to donate the majority of their wealth to philanthropic causes. Wyss has also funded countless initiatives to promote new ways of addressing challenges around the world in the fields of medicine, conservation, art and humanitarian causes. He is a member of the consortium that founded Campus Biotech, a Swiss centre of excellence in biotechnology and life sciences. He also supported the Fondation Beyeler, which he chaired after helping his friend Ernst Beyeler set up the museum.

One billion to preserve the planet

The cause that is closest to Wyss's heart is the survival of the planet. In October 2018, in the New York Times, he announced the following:

We must save the planet. That is why I am donating USD 1 billion over the next decade.

He hopes that the billion pledged will be used to preserve 30% of the land and oceans by 2030. Specifically, the Wyss Campaign for Nature, in association with the National Geographic Society, intends to support local communities and NGOs fighting to establish or maintain parks and nature reserves. Nine initial projects have been selected. In Europe, the Fagaras mountains in the Carpathians of Romania are one such example. The NGO Fundatia Conservation Carpathia, which is working to make the area a national park, will be able to "continue to buy forests," says its executive director, Christoph Promberger. Carpathia has been supported by the Wyss Foundation since 2007.

Without its help, we wouldn't be able to realise our project, as it's one of only very few donors that support land acquisition.

With his latest initiative, Hansjörg Wyss is showing his "incredible leadership role, which many state leaders could learn from," says Enric Sala, explorer in charge of global conservation at the National Geographic Society. "Billionaires can sometimes help fill the void that governments are unable to fill."

The Swiss – Artisans of Time