The Swiss multinational has just been given the go-ahead from Brussels for a drug that desensitises people with peanut intolerance, and the head of its health science division says this is just the start. How will things change for allergy sufferers?

It isn't just peanuts. People can also be allergic to pollen, soya, or eggs. Until 10 or 20 years ago, allergy sufferers were few and far between. This meant that their physical and mental suffering was downplayed, but that isn't the case any more.
In fact, their numbers are steadily increasing.

Between 2005 and 2015, the number of people with allergies in Switzerland (and the rest of the world) doubled, which means 30% of the population today according to Service Allergie Suisse. This is anywhere between 1 and 1.5 million, as estimated by the experts who contributed to this article. The Federal Statistical Office does not have any detailed information on the subject. However, these numbers should not be taken at face value – the range covers people who might die from eating a peanut to those with mild hay fever.

Until recently, modern medicine's only answer was for people to avoid getting too close to the proteins that cause these severe anaphylactic shocks. So the fact that there are more and more allergy sufferers is good news, because the issue has now piqued the interest of some major companies.  "Of course," says François Spertini, a registered physician at the CHUV division of immunology and allergy in Lausanne. "It's a growing market, estimated at several trillion dollars these days."

With the issue of food allergies straddling both the food and health sectors, the famous Swiss multinational couldn't pass this up. So last year, Nestlé completed its acquisition of Aimmune Therapeutics (for a total of USD 2.6 billion). The company's flagship product, Palforzia, promises to desensitise peanut allergy sufferers. The drug has been approved in the US (January 2020) and in Europe (December 2020). A request for authorisation was submitted to the Swiss Agency for Therapeutic Products (Swissmedic) on 7 November 2019 and is expected to come through this year. For Greg Behar, the head of Nestlé's health science division which oversees Aimmune Therapeutics, this is just the beginning.

It's true that the issue of allergies has been somewhat overlooked in recent years," says Behar. "In fact, Aimmune Therapeutics got its initial funding from Californian entrepreneurs whose children were allergic to peanuts and who couldn't find any medication on the market. Reinforcing Nestlé's position in this field is a great boost to the health sector.

A peanut allergy can deprive children and adults of a normal life. Until now, the answer has been desensitisation.

It's what we've been doing for almost 100 years," says Thomas Hauser, president of the Swiss Society of Allergology and Immunology.  "Doctors administer patients with the proteins that cause the intolerance (either orally or by injection). It's quite an effective method.

But there are two problems. First, a person's intolerance returns as soon as you stop the process. But more importantly, even though a child can inadvertently eat a bit of peanut residue without dying, they certainly wouldn't be able to swallow handfuls of the stuff at Christmas. "Modifying the immune response only prevents allergy sufferers from actually dying, nothing more," adds Spertini.

This is where Nestlé and Palforzia come in. Until now, some allergists have literally been crushing whole peanuts to administer small doses to patients. "It's all a bit improvised," admits Nicolas Fouché, vice president of Aimmune Therapeutics. "There are 15 types of peanut protein, so if you use the wrong one your patient won't be properly protected. Or worse, a wrong dose can even put your patient at risk..."

Talking about Palforzia, Behar explains how "peanut proteins are selected, filtered and standardised before being administered to patients between the ages of 4 and 17, in clearly defined and increasing doses." He also claims that the cost to the patient will also be lower – in the US, a patient-tailored treatment can cost up to USD 15,000 a year, whereas Palforzia is sold for USD 890 a month (or USD 10,680 a year), which Nestlé also says "is not necessarily an indication of the European price."
Behar believes that Palforzia is just the first step. "We definitely want to increase our product range. A lot of people are affected by other nuts, eggs, milk or seafood, for example." The future does indeed look bright for Aimmune Therapeutics. Although the company isn't turning a profit just yet (it lost USD 155 million in the first half of 2020), Behar says that it should be out of the red in 2023.

Could there be a vaccine for allergies?

But a breakthrough innovation needs to go one step further. "Like a vaccine against all types of allergies? At this stage, we've only looked into specific vaccines for specific allergens. And we've been moderately successful so far," says Spertini. "Any solution would involve uncovering how exactly to switch off the gene that is producing the bad reaction – dealing with the root causes rather than the symptoms."

On this score, the drug Dupixent – launched by French lab Sanofi last year – seems rather promising, but it has to be injected every two weeks and costs CHF 1,500 a month. "The drug fights a form of eczema by inhibiting the production of interleukin 4," explains Spertini. "This is definitely the right track. And the fact that some major multinationals are getting involved is an encouraging sign. We can look forward to more and more sophisticated solutions in the coming years..."

Behar shares these goals. Nestlé has also been collaborating with Sanofi on clinical trials combining Dupixent and Palforzia for peanut allergy sufferers.

A vaccine? If we could, we'd make it today. But we're working on it. I really do hope that one day we will be able to 'vaccinate' anyone with an allergy. 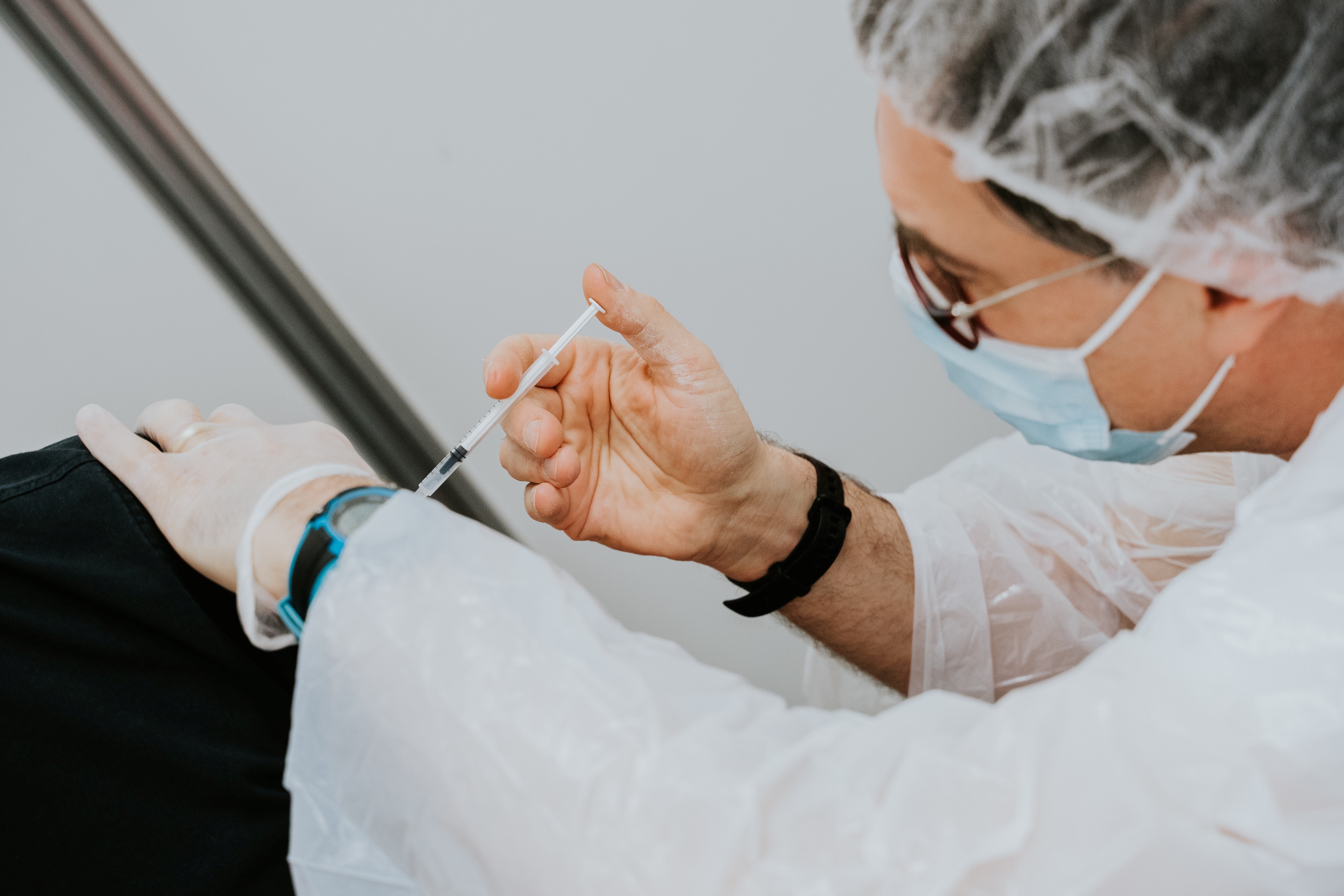 Nestlé's history with allergies actually goes a long way back. It was Henri Nestlé who first invented infant formula back in 1866, for babies who could not be breastfed. "This led to a large number of Nestlé products being developed with milk allergies in mind. The issue of allergies continues to be important to the company, which has even been reinforced by the lack of diversity in food," states Behar. Given that peanut intolerance is the number one allergy in the world "it was only natural that we fell in love with Aimmune Therapeutics."

The USD 2.6 billion takeover is the largest by Nestlé's health science division (just behind Atrium, which produces vitamins and dietary supplements and was acquired in 2017 for USD 2.3 billion). The acquisitions are part of a broader reshaping taking place at the world's leading food company, boosted further by the arrival of CEO Mark Schneider in 2017.

If you compare Nestlé with Danone, Kraft Heinz or Unilever," suggests Vontobel analyst Jean-Philippe Bertschy, "you'll see they stand head and shoulders above the rest. Nestlé keeps one foot firmly in the food sector whilst making a positive impact on the health and well-being of its consumers – thanks to their science-based approach to innovation.

The heritage cheese from Muggio Valley

Swiss dams – second to none

Better together : the free spirit of Geneva’s Bains des Pâquis