Typical fauna from the Swiss mountains

The marmot, the bearded vulture, the lynx, the wolf and the ibex are five creatures that – with a bit of luck – you might just spot in the Swiss mountains. Discover the history and stories surrounding these five species.

The marmot is a mountain-dwelling animal – familiar to Heidi – which can be easily spotted thanks to the piercing whistling sound it makes. "The marmot is the largest Alpine rodent," says Jürg Paul Müller, a biologist specialising in small mammals and former director of the Natural History Museum of Graubünden.

It has a big belly and twinkling eyes, and it has a thick layer of fat that helps to heal the wounds it sustains from other marmots during territorial fights.

It lives in families composed of the male, the female and the young of the current and previous years, and can be found in the high meadows of Graubünden, Valais and Bern, between 1,100 and 3,000 metres above sea level.  "Marmots are very active in summer and they hibernate in winter. They dig burrows in order to be able to live safely away from the heat and the cold. Their burrows also protect them from predators such as eagles and foxes, which are very fond of marmot," explains Müller.  "The marmot feeds only on plants that contain unsaturated fatty acids, so it's able to regulate its body temperature throughout the year," says Müller.

The bearded vulture is known as the king of the Alps and has a false reputation for stealing children and lambs. Chloé Pang, a staff member at the Swiss Ornithological Institute, explains:

The bearded vulture is a most impressive bird. It takes its name from its feathered beard, for which scientists have yet to discover a purpose.

With a wingspan of 2.5 metres and weighing up to seven kilos, it is Switzerland's largest diurnal bird of prey. A member of the same family as eagles and hawks, it is a scavenger that feeds on the bones of chamois, ibex and roe deer.  "It builds its nest with the fur of dead animals, which is how it earned its reputation as a lamb thief," says Pang, an environmental science graduate. It was eradicated from the Alps at the end of the 19th century – a victim of persecution encouraged by the first hunting law which advocated its elimination – and was subsequently reintroduced in 1991. There are currently 21 breeding pairs in Switzerland, with 15 to 20 young being brought into the world each year in the Alps. With a bit of luck you can spot a bearded vulture in the Engadine or Valais. Consuming bones plays an important role in the Alps:  "It eliminates bacteria and prevents epidemics," says Pang. 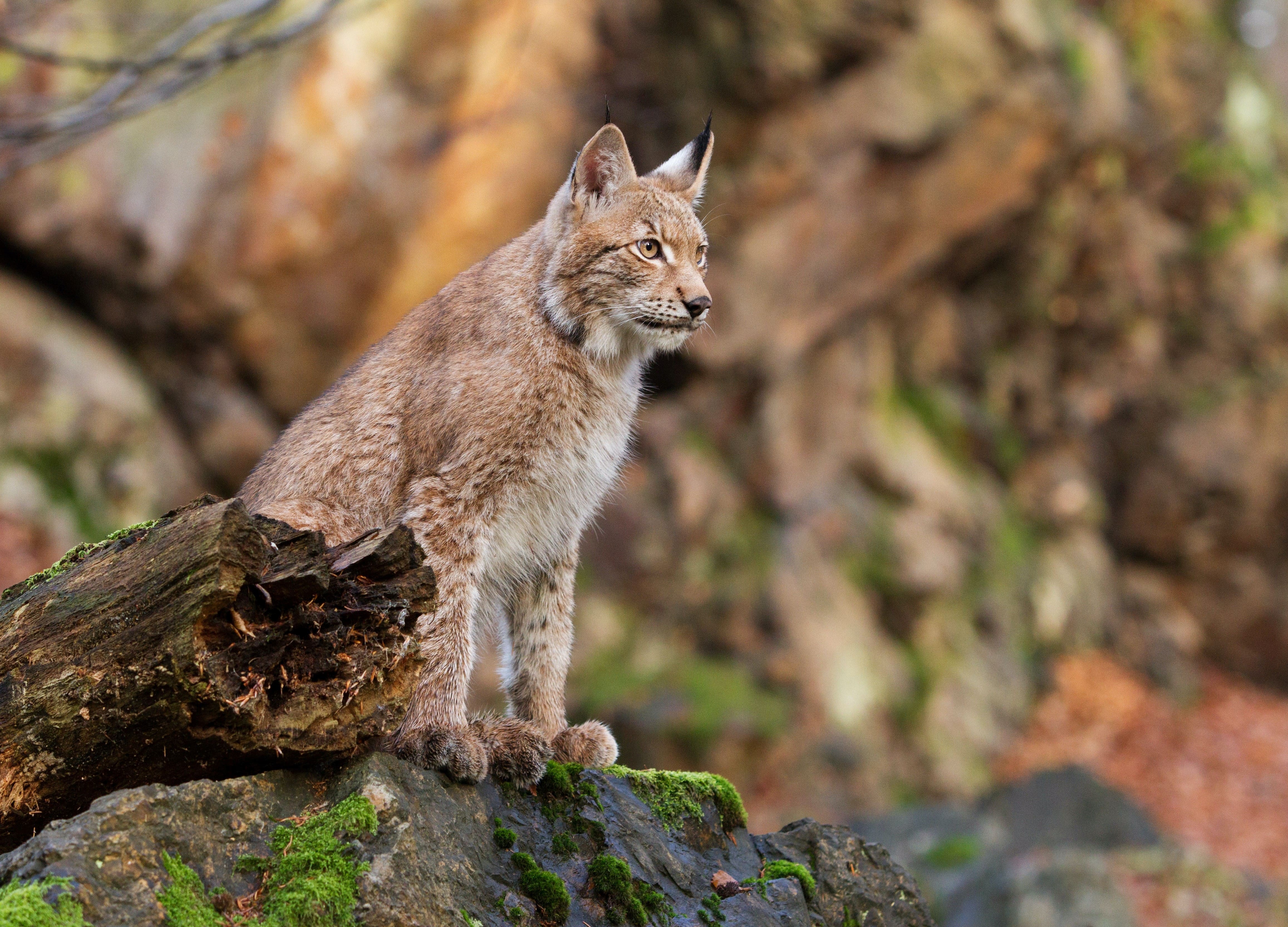 The lynx is a member of the same family as the cat, lion and tiger and needs an average of one roe deer per week to survive. The lynx is a large cat with black-spotted yellowish fur and a short tail.  Simon Capt, a biologist at info fauna, the Swiss Cartographic Centre on Fauna, explains:

We rarely encounter it, but it's easier to spot in winter because its footprints are recognisable in the snow, and its coat is unmistakable.

There are some 250 lynx in Switzerland, inhabiting the Jura mountains and the Alps. They are the same height as a fully grown Dalmatian and weigh between 18 and 25kg.  "Each individual lives alone in a large territory that can range from 40 to 100km2, and males and females only meet during the rutting season," says Capt.  "They detect each other's presence through the traces of urine they leave to mark out their territory. While males tolerate females, they don't accept other males on their territory." The lynx is a carnivore that hunts from the age of 10 months, at which point its mother weans it and it must feed on fresh meat.  "It can lie in wait quite motionless for several hours before attacking its prey, which are mostly roe deer or chamois, and sometimes hares or foxes," adds the biologist. If it encounters humans, the lynx will observe them but won't attack, as it doesn't consider humans as prey. "Its physique is quite impressive but a wild boar presents more of a risk to us," says Capt. 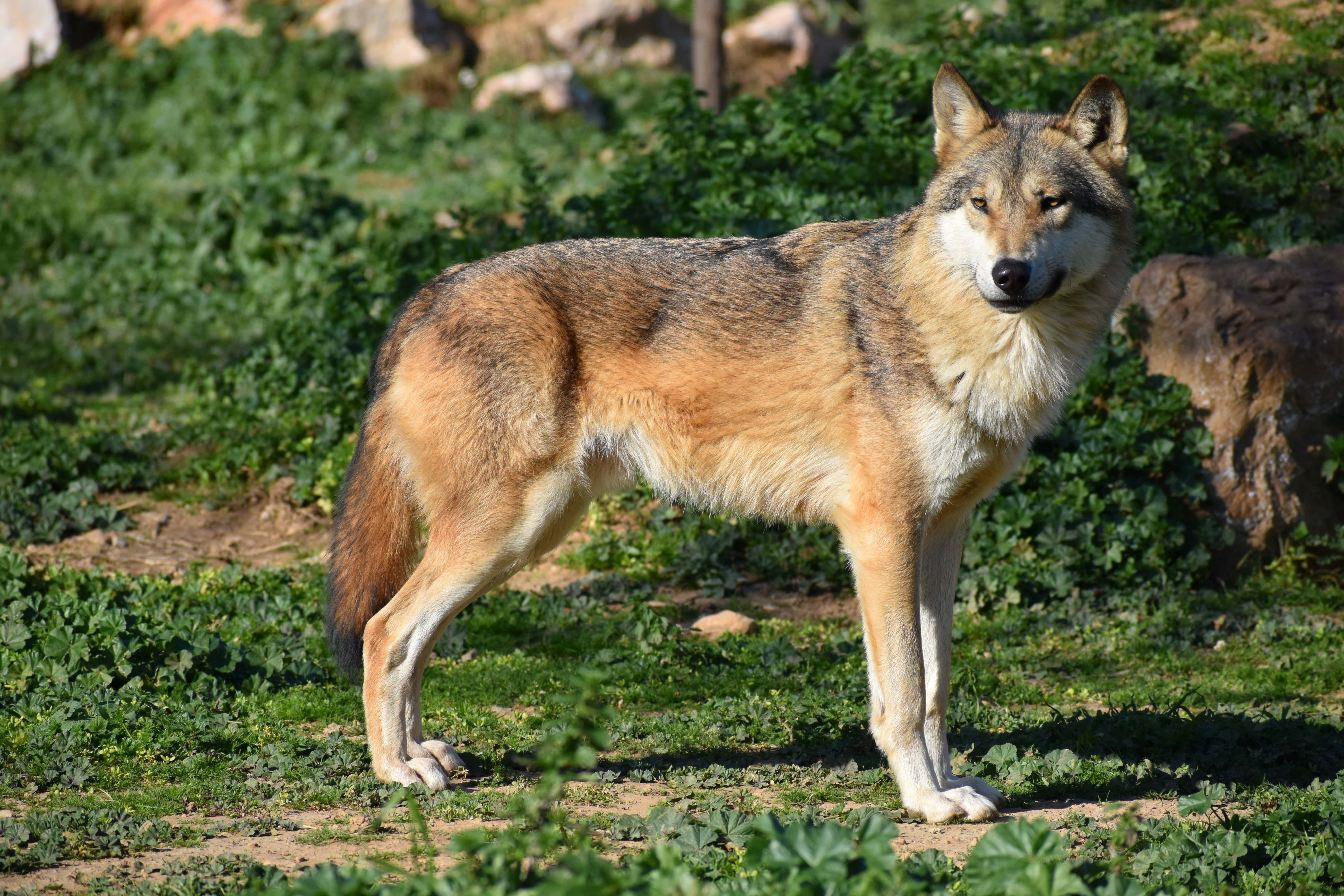 The wolf, contrary to the fairy tale 'Little Red Riding Hood', doesn't actually devour grandmothers or little girls. The wolf is the biological ancestor of the dog and lives mainly in packs.  "The first individual to return to Switzerland arrived in the canton of Valais in 1995," says Manuela von Arx, project manager at Kora.  "But we had to wait until 2012 before a whole pack made its home here."  The wolf disappeared from Switzerland and elsewhere in Europe owing to the depletion of forests and hoofed animals. In the 1970s, its population recovered, spreading first to Italy and then to France. It then crossed the Alps into Switzerland.

In 2020, eleven packs were identified in the country, six of them in Graubünden. The others are in the other Alpine regions and one in the Jura mountains in the canton of Vaud.

"Young wolves leave the pack when they are one year old, in order to find their own territory. They travel great distances and the mortality rate is very high for the first two years. In principle, if an individual stays in one place for more than a year, they will generally spend their whole life there. A sufficient supply of food will determine whether it stays or not. An adult wolf needs three to five kilos of meat per day," she adds. The wolf is a carnivore that feeds on red deer, roe deer, chamois, wild boar and sometimes even foxes.  "It is an opportunistic hunter and will attack any potential prey given the chance. This is why it can attack a sheep or a goat if the herd is not protected by a human or a dog. There have been no cases reported in Switzerland of wolves being aggressive to humans," concludes von Arx. 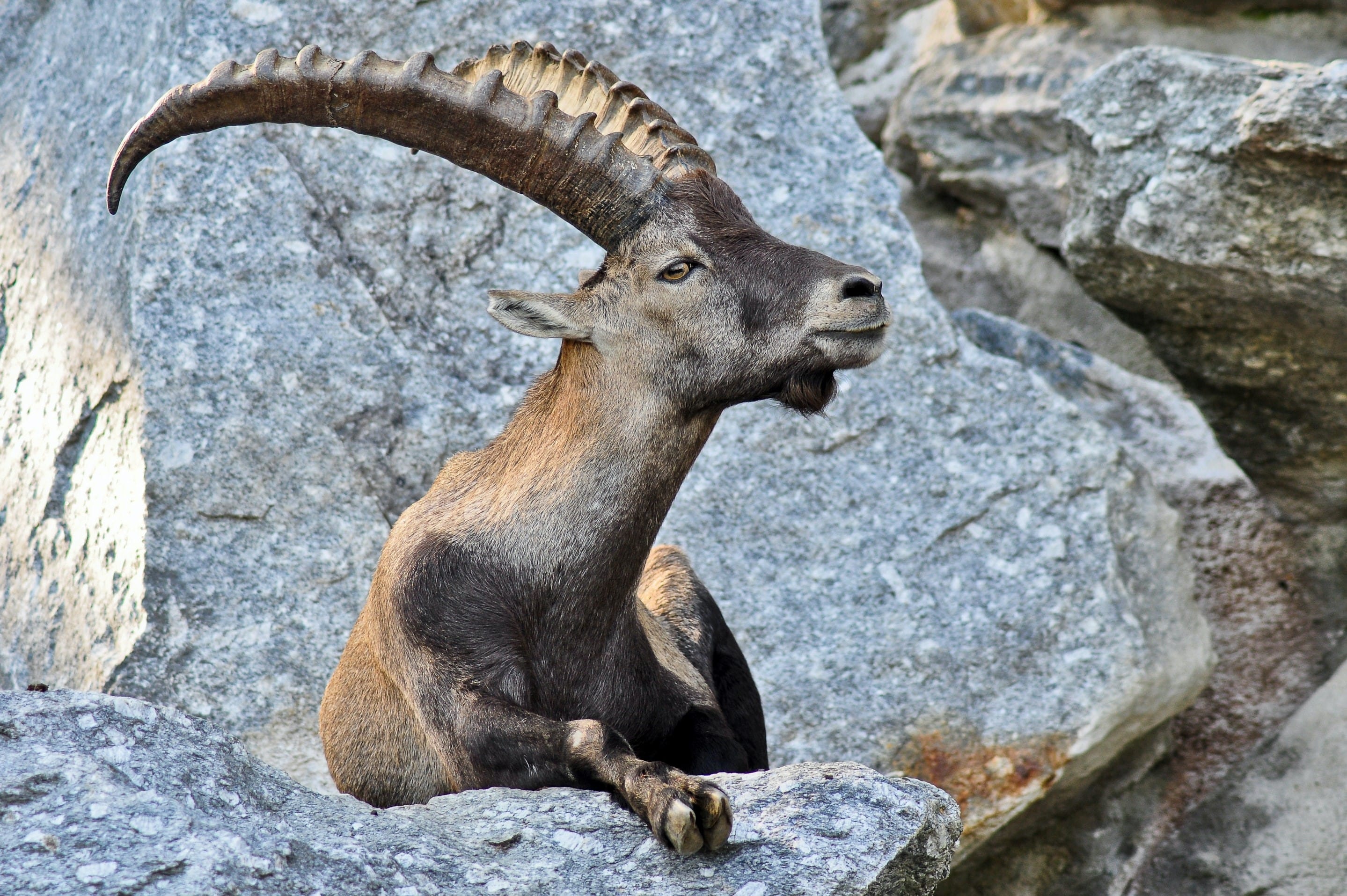 The ibex resembles a large, powerful goat with long, ridged horns and is usually seen in high, rocky areas. "The horns of male ibexes can grow up to 1.10 metres long," says biologist and wildlife specialist Nicolas Bourquin, head of the hunting, fishing and wildlife service of the canton of Valais.  "Male ibexes stand on their hind legs and fight by butting heads during the rutting season. These battles, which are very impressive, decide the dominant male, which is then entitled to mate with the females in the group," he adds. Females and males of the same group only meet during the breeding season at the end of the year. The young are born between May and June and stay with their mother.  "You can sometimes see groups of females and their young on the walls of dams. They have hooves that stick to the rock and allow them to keep their balance despite the steep incline," explains Bourquin. The ibex is a herbivore, feeding on herbaceous plants, and lives at high altitudes throughout the Alps.  "It was exterminated in the late 19th century before being unofficially reintroduced by Italians in a zoo in St Gallen in 1906. Today, there are about 18,000 recorded in Switzerland," says Bourquin. "It is a serene, majestic and powerful animal that is a protected species in our country. It is also known as the king of the Alps. The ibex has few natural predators. Bourquin concludes:

It can be hunted by the golden eagle, which attacks the young, and also by wolves, although they steer clear of attacking a dominant male. When pursued, it doesn't gallop away, rather it moves calmly to higher ground out of reach.

Women's strikes in Switzerland: from one 14 June to another