Great success of House of Switzerland during Rio Olympics

Presence Switzerland, part of the Federal Department of Foreign Affairs (FDFA), is extremely pleased with the success of its House of Switzerland at the Olympic Games in Rio de Janeiro, which has proved a real hit with the public and attracted widespread media coverage. For the first time, the House will remain open for the Paralympics as well.

Ambassador Nicolas Bideau, head of Presence Switzerland, is delighted at the House of Switzerland’s popularity: “I’ve never seen anything like it: the public and media literally took the House by storm! As one of the ‘places to be’ during the Games, we were able to showcase not only the prowess of our athletes but also the strength of our products and values, all in a trendy, laid-back atmosphere. On both a sporting and marketing level, it is mission accomplished for the Swiss Olympic team in Rio!”.

Of the 30 or so national houses at the Olympics, Switzerland’s was one of just a handful open to the public and specially created for the occasion. Located beside the Lagoa lake between the Copacabana and Ipanema beaches, the House of Switzerland has proved a magnet for visitors, drawing in over 500,000 people since it opened on 1 August. Some 160,000 participated in the activities on offer. Popular attractions include the synthetic ice rink, which uses no water or electricity and so showcases both a traditional Swiss winter sport and Swiss innovation. Other highlights were Switzerland Tourism’s giant snow globe, the gondola and mountain railway, as well as the sprint track sponsored by official timekeeper Omega – the perfect symbol of Swiss high precision. The chocolate workshops run by the Swiss community of Nova Friburgo have also been full to capacity, as has the Swiss restaurant, which has served 11 000 portions of cheese, 15 000 sausages and two tons of potatoes. 1500 bottles of Swiss wine, mainly Chasselas, have been consumed. Not forgetting the House of Switzerland shop, which has sold a grand total of 10 000 items to visitors. 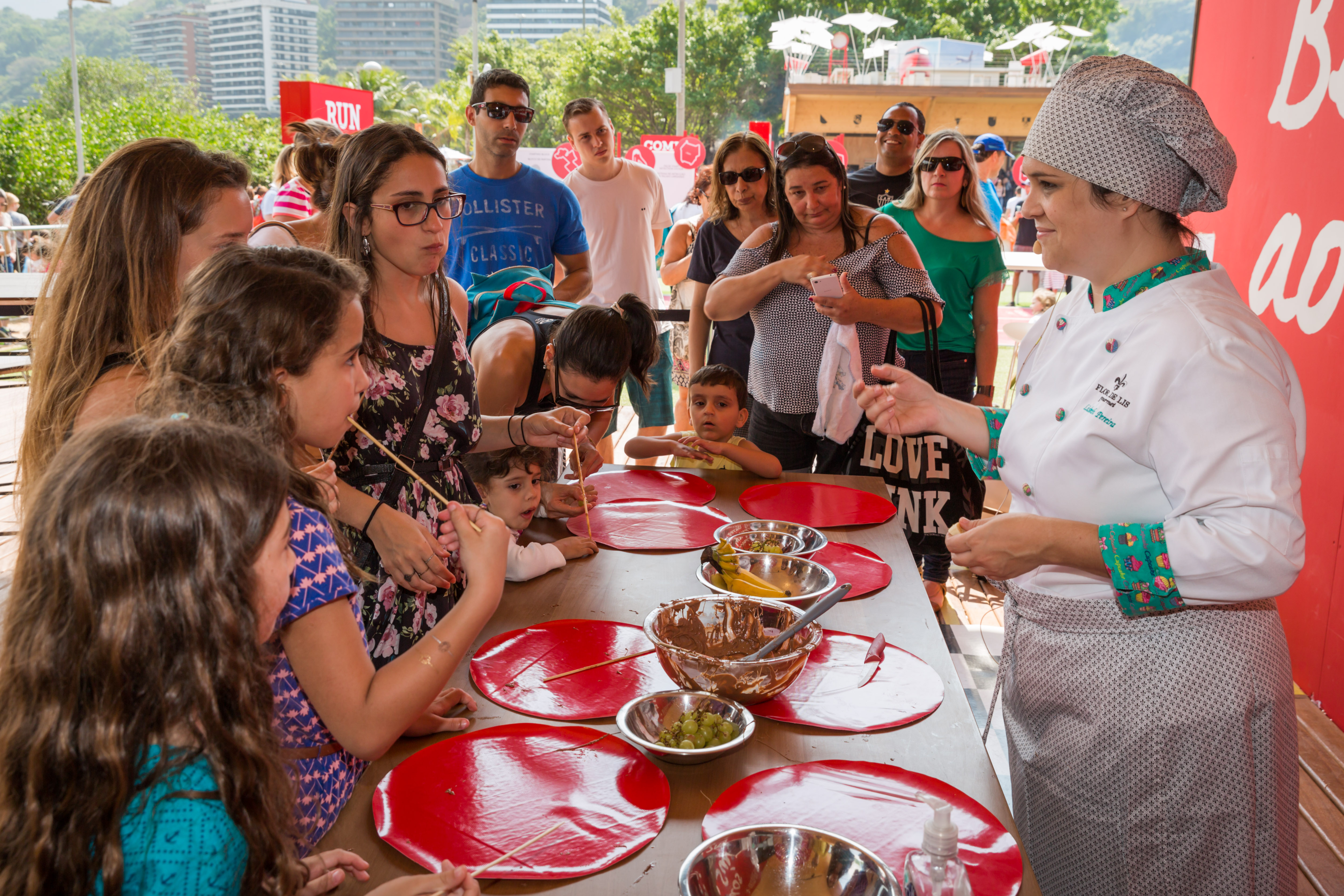 When surveyed, 99% of visitors said they would recommend a visit to the House of Switzerland and 66% said they would be back again themselves. Visitors have learnt more about Switzerland, in particular its cuisine, tourism, innovation and sense of humour, as well as the ‘cool attitude’ of its natives, while an array of arts events, including Marc Sway’s performance during the opening week and the surprise concert by Bastian Baker, have helped to raise Switzerland’s cultural profile too.

A particular highlight during the two weeks of the Olympics were the 6 medal ceremonies for Swiss sportsmen and women, organised in partnership with Swiss Olympic. Many athletes were also based in the House of Switzerland during the Games, together with their families and fans. “We’re delighted at how popular the House of Switzerland has been with the athletes. We really wanted to create a Swiss village for them, in addition to the Olympic village. And now we’re looking forward to welcoming athletes and visitors for the Paralympics,” says Bideau. Federal Councillor Alain Berset will visit the House of Switzerland for the opening of the Paralympic Games. This follows visits from the President of the Swiss Confederation, Johann N. Schneider-Ammann, and Federal Councillor Guy Parmelin. 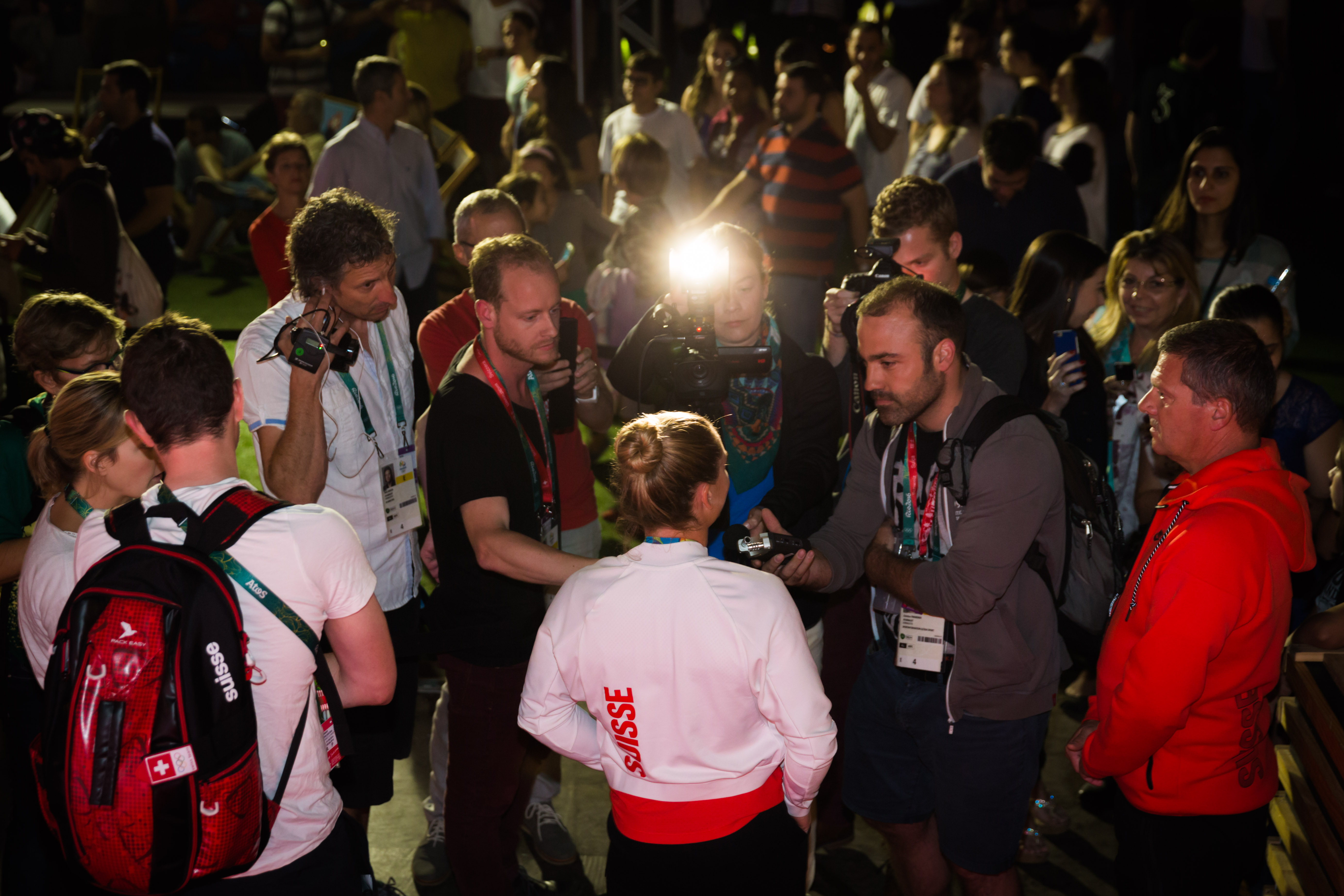 The House of Switzerland at the Summer Olympics in Rio de Janeiro is the culmination of a two-year publicity campaign in Brazil, designed to sustainably enhance Switzerland’s image and boost its competiveness in business, science, tourism and culture in an engaging and effective way. The House of Switzerland is supported by a range of private and public partners, who are making the most of the facilities to hold press conferences, receptions and high-level meetings. It will remain open right the way through until 18 September.