What do Michelle Obama, Queen Elizabeth II and Amal Clooney have in common? All three have worn St Gallen embroidery, a renowned Swiss product that has adorned haute-couture garments and underwear the world over since the 19th century.

"Legend has it that the people of St Gallen first learned about drum embroidery from a Turkish lady at the textiles market in Lyon," says Ilona Kos, curator of the Textilmuseum in St Gallen. The serendipitous event is depicted in a painting at the entrance to the exhibition devoted to the history of textiles in the canton.

"In the 1800s, many local people were already making a living from the textile industry in St Gallen. As the need for agricultural labour fell and wages dwindled, people looked to textile companies for work," says the historian." Our region was a major producer of linen and cotton, which it exported to the market in Lyon – a renowned textiles hub that was a thoroughfare for traders from all over Europe."

Early St Gallen embroidery was hand-stitched on cotton. Then in 1850, the first embroidery machines began to appear. "The people of St Gallen were the first in the country to use them. Factories used embroidery machines, but people also had them in their homes. They were already working from home back then", says Kos with a smile. "This type of machine was still worked by hand."

A product destined for export

The technique employed by the St Gallen embroiderers was called broderie anglaise or guipure, and could be found on clothing, underwear, tablecloths and napkins. 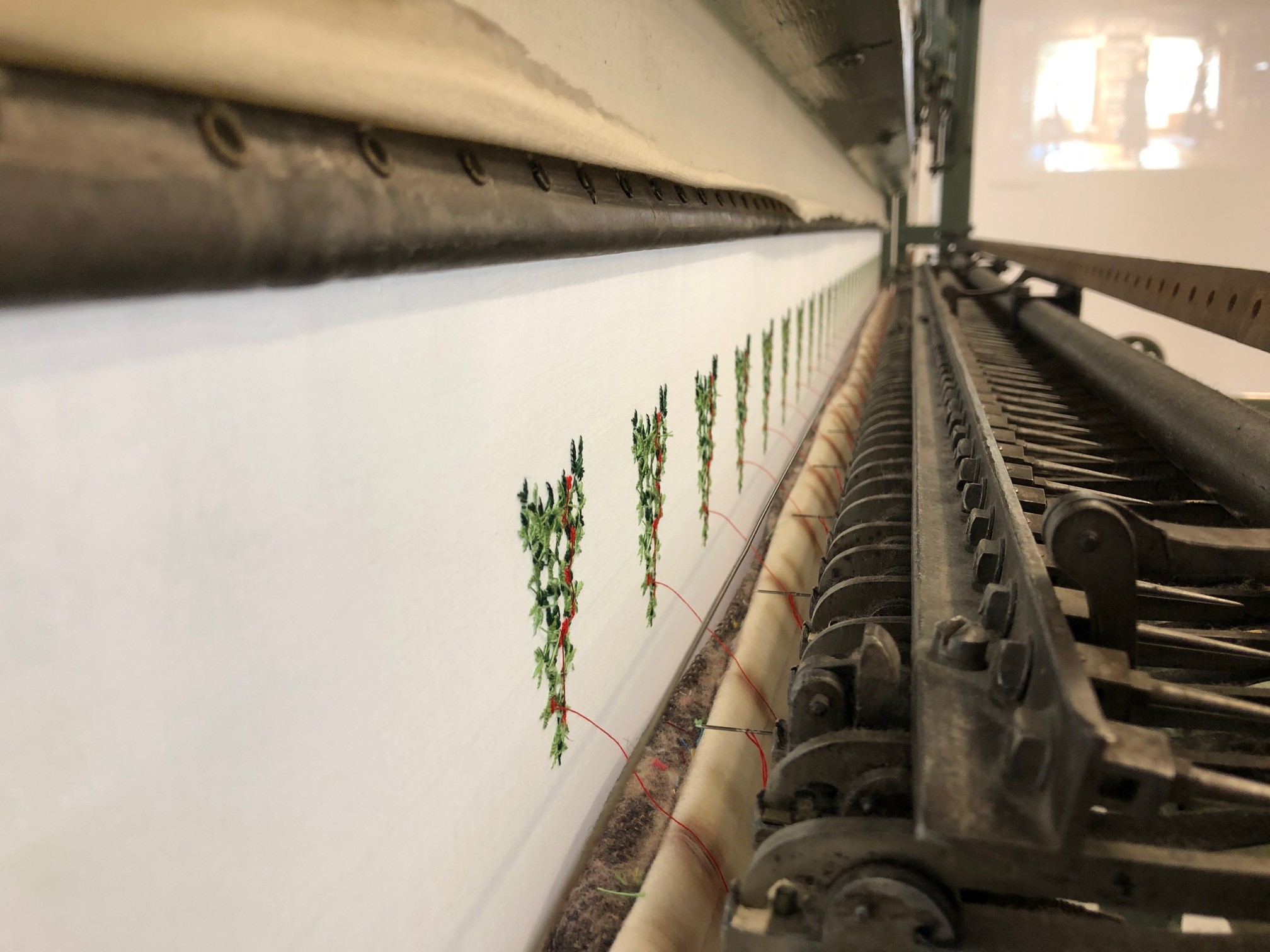 Nowadays, St Gallen embroidered garments are an expensive luxury, but they were once quite affordable owing to the use of machines and cheap labour. Such items were mostly intended for export. Until 1912, St Gallen was known around the world for its embroidery and craftsmanship, especially in France and in the United States. "At that time, two out of three workers earned their living from embroidery. The textile industry was the main source of income for the canton until the First World War. After that the popularity of St Gallen embroidery waned. It enjoyed a brief resurgence after the Second World War, but never regained its former market," says Kos.

"My great-grandfather started out in an embroidery firm before establishing his own company in 1904," says Emanuel Forster, CEO of Forster Rohner AG. The St Gallen firm is one of the few embroiderers that is still going and still family run. "My sister, my brother and I are the fourth generation to work in the company. The world of fashion was always very present at home. Many clients came to our house for dinner. I don't know how many times we went to Paris, and since I was a child, that world has always fascinated me. So I studied business in St Gallen before starting work at our company in 2001." 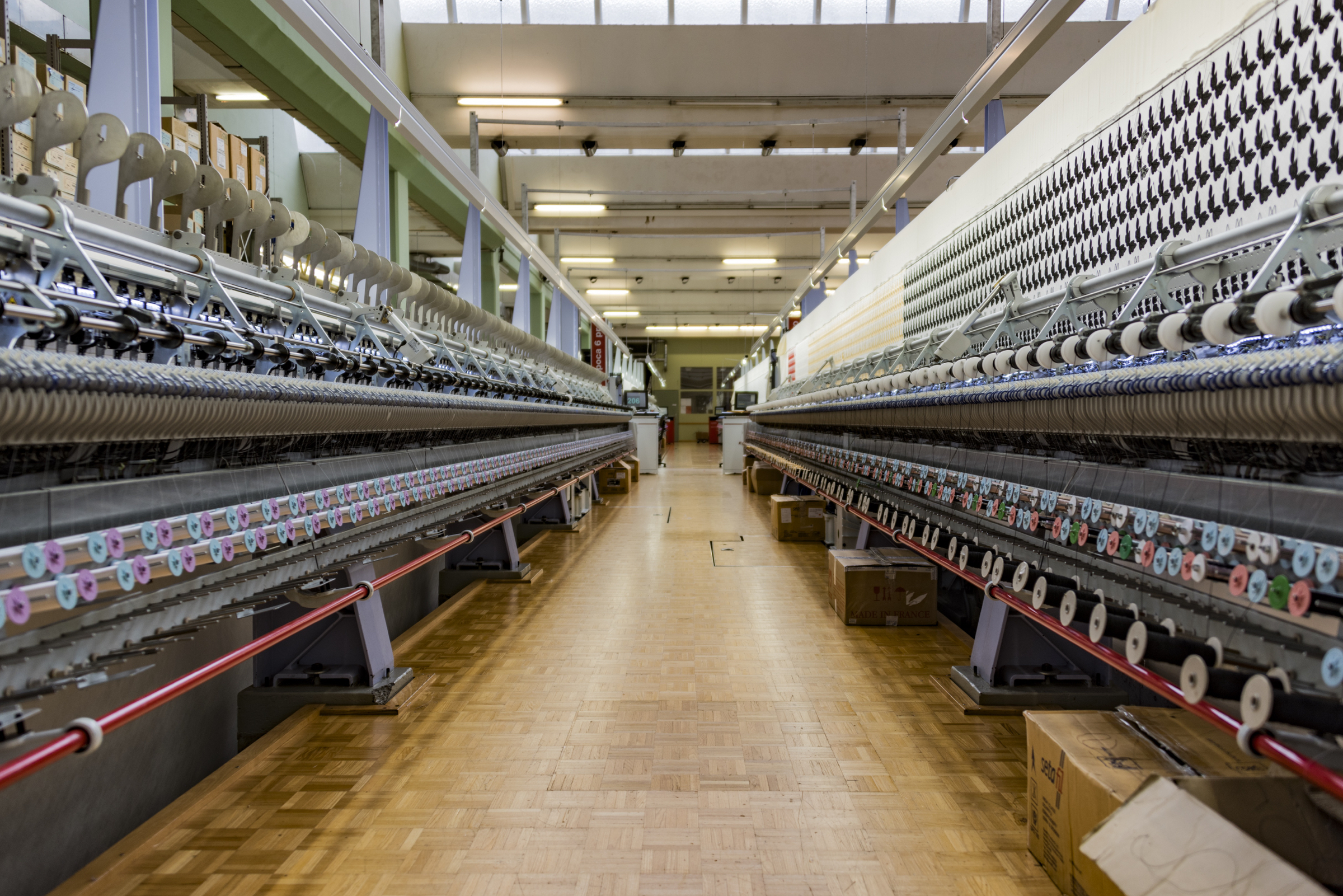 Forster Rohner AG creates pieces of embroidery and embroidery designs for underwear and luxury ready-to-wear clothing on behalf of customers. The family business also launches two embroidery collections per year. Its headquarters and design and innovation departments are still located in St Gallen. In the 1990s, production was moved to China, Romania, and Bosnia and Herzegovina. In total, the company has around 900 employees, 200 of whom work in Switzerland.

Forster Rohner AG works with leading global brands like Dior, Chanel and Victoria's Secret. Michelle Obama, Queen Elizabeth II and Amal Clooney have all sported embroidery made by the company. "The dress Michelle Obama wore to her husband's inauguration in 2009 was a unique, made-to-measure item. Fashion moves very fast and deadlines are short. Our customers often show up in the morning with a request that has to be fulfilled by the evening," says Forster.

Embroidered items such as underwear, which are ordered in large quantities, are made by machines. In haute couture, pieces of embroidery are often unique and hand-stitched.

We keep all our pieces in our library. We have almost half a million. It is accessible only to our customers.

explains Forster, agreeing that embroidery is now a niche market in the luxury sector. "We are very well placed in the luxury sector, but not in the industry at large. We are an established name among designers, but not for the mass market. Like fashion, we have to keep reinventing ourselves and are always looking for new ways to ensure our survival." With passion, the Forster family are continuing the tradition that enabled them to help make St Gallen embroidery a household name worldwide.